The causes of excessive earwax

Earwax plays an important role. If it is completely eliminated, the ear is endangered. If too much earwax exists, it can form a plug leading to itching and irritation of the outer ear canal.

The quantity of earwax produced varies from one person to another. The causes of this are essentially genetic. But the production of earwax can be stimulated by particular activities.

For example, dusty environments lead to the excessive earwax being produced in order to eliminate dust.

To take another example, anything which is pushed into the ear will generally produce a secretion, particularly if the object remains inside the ear for any length of time: hearing aids, earpieces, headphones …

Finally, cleaning the ear too frequently (with a cotton bud, or an overly powerful spray can also lead to the inverse effect of too much earwax being produced.

Age also plays a role. Earwax plugs are seen more often in older patients. This is the result of the combination of an increase in secretion and age-related defects in the evacuation process (increase in hairiness or slowdown of the evacuation function). 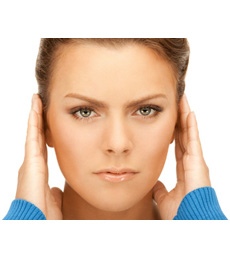